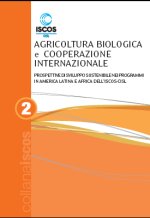 This article, writte with Lissandra Alves (curriculum vitae), stems from the experience I has as a project manager of the project “Support for the transition to an alternative plan of development…”, implemented by the ISCOS, the CEAPAC and the CEFT-BAM, and co-financed by the European Union (period of implementation: 2004-2005, total amount € 52.000).