Since 2008 I have struggled to find ways to support the piracui producers of Prainha, Pará, Brasil. I spent the past August in the Amazon region. So, I decided to visit them. I was absent from the region since 2010 and I wanted to update my information. Beside that, my idea was to record some interviews, in order to tell with the fishermen’s own words their harsh and delicate work.

To organise the visit I counted on my friend Ivonete, who, together with me, is responsible for the piracui in the Slow Food’s Ark of taste. We created a little team, with Revelino e Flodivaldo, da Colônia de Pescadores, Tamara, photographer and friend, Karen, who’s studying at the University of Gastronomic Sciences and, by the way, is my daughter.

We gathered many and high-quality information, and some great testimonies, I’ll try to put in this blog or elsewhere.

I already was, but I’m now more convinced that for the piracui producers is urgent to produce less with the same income. This means that who now produces an hight-quality piracui would continue to do that; who doesn’t, has to increase the quality. And the quality must be appreciated. Only organisation among the fishermen and the right incentives from the local buyers could do that.

This change is not only important for the fishermen livelihood, but also for the environment, since the over-production of piracui is threatening the very base of it, the fish called acari1.

The proble isn’t demand: piracui has a strong, and maybe growing, regional market (Santarém, Manaus, Belém, maybe Fortaleza): nearly 10 tons of piracui leave Prainha every year; as everyone who already prepared some dish with piracui, this is a huge amount!

But in this market there aren’t incentives to promote quality. The producer who makes a good piracui generally receives some extra money from the local buyer, but his piracui is sold to the consumer mixed with low-quality piracui. And the local consumer couldn’t choose between a “good” or “bad” piracui, or even doesn’t know at all there is a “good” and “bad” piracui.

Beside that, though there are some very clear point about “what process makes a good piracui” , many uncertainties remain, above all regarding preservation. And it’s very important that the issue of food safety comes “from below” and not “top-down”. Today, no sanitary control exists; but, sooner or later, something would come. And if that it is put in place in a way that doesn’t take in account the local specificities, many producers will be hit — and maybe some of the best producers. There is in Brazil a very interesting debate about adapting the sanitary rules to small-producers (see a news about that, in Portuguese), but we still have a long way 2.

You’ll find a more detailed account of the outcome of the visit here (text in Portuguese).

I really hope that some actors could become interested in the matter and engage themselves in supporting local people in the way for a more sustainable production of piracui, that could also help to rise the living standards in the region. 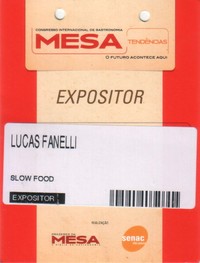 Semana Mesa SP is one of the most important Latin American gastronomic events; in 2010 comes to its 4th edition; this year issue is “What gastronomy could do for the plantet?”, an incipient, but clear stance to put gastronomy outside the restaurants walls.

Coming from Piemonte (Italy), the students of the University of Gastronomic Sciences (UniSG) created, together with local cooks, two workshops in the Ribeira Valley quilombos of Ivaporunduva (Eldorado, SP, Brazil) and Mandira (Cananéia, SP, Brazil).

Read more on the Instituto Socioambiental web site (in Portuguese).

Late in October the Brazilian journal O Estado de São Paulo published an article about the trip. See it (in Portuguese).

I’ve just created a new blog, UniSG in Brazil , to follow the visit of a group of the Università di Scienze Gastronomiche di Pollenzo in Brazil. The Instituto Slow Food S. Paulo will go with the group in S. Paulo, while the Instituto Socioambiental will bring to discover the Vale do Ribeira.

Go to the blog (in Italian).

Sorry, this entry is only available in Brazilian Portuguese. 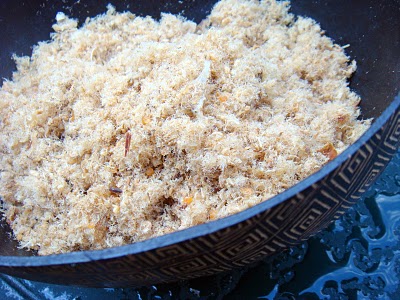