The I Landraces fair in S. Paulo took place in November, 2010. Right now, the director Adolfo Borges finished a excellent documentary about the Fair (in Portuguese).

To know more about the fair, please see here.

The Instituto Socioambiental applied for the Benefit-sharing Fund of the International Treaty on Genetic Resources for Food and Agriculture. The project title is: “Food security and sustainable development in Brazil, and, in particular, among the indigenous and traditional people of Xingu and Ribeira basins, by the conservation and sustainable us of plant genetic resources” and will involve directly more than 160 smallholders.

I contributed to the proposal writing.

We suggest the following documents, in order to have deeper understanding on the issues addressed in the project:

* FAO (2010). The Second Report on the State of the World’s Plant Genetic Resources for Food and Agriculture. Roma.

* FAO (2010). The State of Food Insecurity in the World. Addressing food insecurity in protracted crises. Roma.

The idea of a fair of landraces exchange in the S. Paulo State rose within the Seed workgroup of the Council of Organic Production of the S. Paulo State (CPOrg/SP). The Instituto Kairós (of São Paulo) and the Instituto Socioambiental (ISA) organized the Fair, with the support of the Ministry of Agriculture and the Centro Paula Souza (body responsible for the professional training in the State).

Beyond organizing the fair, the Seed workgroup is discussing the forthcoming legislation about organic seeds. 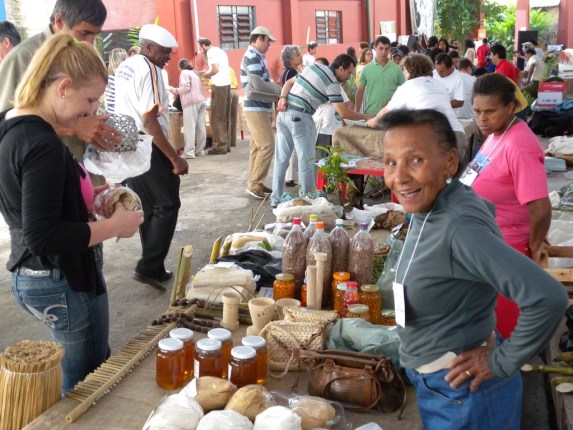 The I Feira de troca de sementes tradicionais/ crioulas do Estado de São Paulo took place in November the 4th, 2010, in the Espaço Cultural Tendal da Lapa. Participated to the event: Ribeira Valley quilombola (afro-descendant), farmers from Cunha (who, supported by the Serracima NGO, orgnized too a landraces exchange fair), from Botucatu, Ibitinga and Pederneiras (invited by the Associação Biodinâmica), from Itaberà (Coapri co-operative); from the Fazenda Figueira (Minas Gerais), from the S. Paulo metropolitan region (especially from the Embu das Artes and Parelheiros neighborhood).

On the stalls you could find more than 150 etnovarieties of seeds and seedlings: many varieties of maize and beans, not many of rice (these, from the Ribeira Valley and from Cunha), some vegetables varieties (20 from a farmer of Ibitinga, some others from Cunha), seeds and seedlings of different kinds of trees, seedlings of sweet potato, cará, sugar cane and cassava, mainly from the Ribeira Valley.

The fair showed the great wealth of realities within the State, working with landraces. At the same time, demonstrated the challenges to strengthen the event, as the involvement of other groups and the improvement of the number of etnovarieties, especially of the less represented species.

But the main challenge is actually to strengthen the groups engaged with the conservation and use of landraces, that has to bear on the farmers’ commitment and on suitable public policies, as recommended in the International Treaty on Plant Genetic Resources for Food and Agriculture.

Translated from the news appeared on the Instituto Socioambiental website.

The Fair, at it 3rd edition, counted with new supporters, as of the Núcleo Oikos, as well as with long-standing ones, as the Norwegian Church Aid, while grew the engagement of the Instituto de Terras do Estado de São Paulo [Land Institute of S. Paulo State] and of the municipality of Eldorado and Itaóca. Local business supported with little sums the event too, and that it is very important, showing the involvement of the local society.

The renown the Fair is obtaining in wider circles was proved by the participation of other quilombola (afro-descendant) of the region (Peropava village, in Registro), craftswomens’ groups (Feito a Mão, from Apiaí), urban farmer (Ana do Mel and her family, from Embu-Guaçu), rural trade unions (of Cajatí), governmental bodies, as Ministério da Agricultura [Agriculture Ministry], Sabesp (in charge of the water), Cetesb (environment licensing) and Incra (land policy), among others. A group from S. Paulo, interested in knowing more about quilombola villages participated too, and after the Fair they followed, going to the Ivaporunduva e São Pedro villages, and spending there their week-end.

The landraces call to mind the roça (cropping) issue, that stays at the crossroad of other issues, as: community organization, the quilombola cultural system, biodiversity conservation, income generation, food security, involvement of the young generations and cropping normative framework. These issues were debated during a round of talks, held after the lunch, that involved quilombola villages representatives and invited visitors. […]

New challenges follow the work of those who are involved with roça (cropping), preparing a new fair. The fair, in the words of Ms. Zulmira, from Porto Velho, more than bringing food, brings much union: “For each fair, the sales grow and the relationship strengthen”, she said.

The fair was covered by the Globo Rural. Watch the video here (in Portuguese). 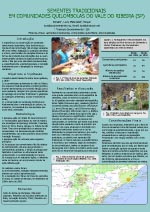 Presenting two posters at the IV Seminário de Pesquisa do Vale do Ribeira: 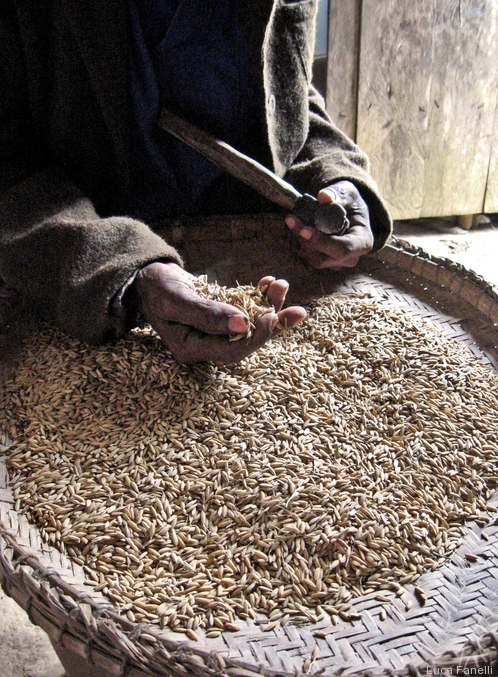