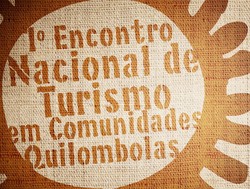 The I Encontro Nacional de Turismo em Comunidades Quilombolas [I National Meeting of Tourism in Quilombolas Villages] is happening in the Ribeira Valley city Registro, 250 km from S. Paulo, within the S. Paulo state (Brazil). The meeting was organized by: Instituto Socioambiental, Ministério do Turismo, Fundação Cultural Palmares, SEPPIR, Ministério do Desenvolvimento Agrário, among others, and supported by the ITESP and SEBRAE.

44 villages from the whole Brazil are participating to the meeting, sharing their experiences and expectation about tourism in their villages.

An open letter to the chamber of deputies was written, pointing out the preoccupation of the quilombola villages representatives about the decision of the Supreme Federal Court (STF). In the middle of June the STF will decide about the constitutionality of a law regarding the quilombola land recognition. This decision threaten many villages that had received or would like to receive the land title.

In the second day (June the 9th) the villages of Ivaporunduva and André Lopes was visited. In this way, the participants from so many places, could know the local reality and compare with their ones. 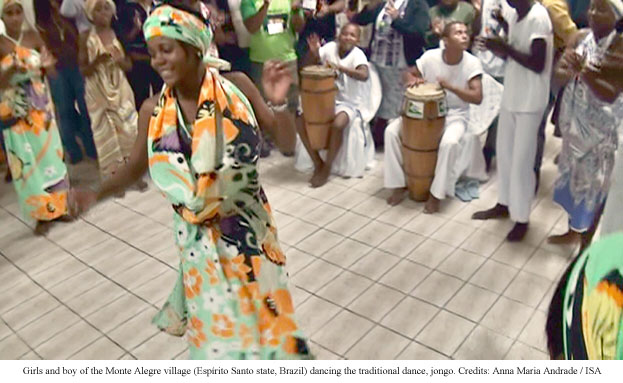 In the last day, some proposals and recommendations about strategies and policies regarding quilombola community tourism was. These proposals will be presented to a panel of public bodies representatives, among whom: Ministry of Tourism, of Environment, of Equal Racial Opportunities.

Each night was delighted by cultural representations, including traditional dances and singing.

I’m contributing in the organization of the event, mainly in the report sector (text an video).

– A news by the Instituto Socioambiental (in Portuguese)